Through the lens of opportunity and freedom - what people can do and be in the world - most Americans are far less free than the rest of the Western world. A vast proportion of Americans are shackled by wage slavery, unable to pursue the American dream. To fulfill the principles laid down by its forefathers, America needs to provide more for its citizens and unleash its latent entrepreneurial potential and become what it once was.

America is no longer the Land of the Free. In fact, America could be one of the least free countries in the Western world.

That’s not to say that it wasn’t. Far from it. America’s forefathers shook of the shackles of British imperialism and created a country that was a shining example of what a country could be to the rest of the world. It showed that when you give citizens liberty,  their collective actions can create a society that’s better for all within it. It highlighted that anyone, regardless of creed, colour, or class, could live a dignified life and achieve their dreams. It was a beacon that beamed  hope into the despotic darkness of the world, inspiring untold numbers of people to fight for their right  to live a life of their choosing.

No words capture this sentiment more beautifully than the second paragraph of the United States Declaration of Independence:

“We hold these truths to be self-evident, that all men are created equal, that they are endowed by their Creator with certain unalienable Rights, that among these are Life, Liberty and the Pursuit of Happiness.”

These words once rang true.

Many Americans don’t realise the liberties actually lack. They think that because they still have the right to bear arms, because they don’t need to pay as much in taxes for public healthcare, that they are still the freest country on Earth.

In this essay, we’re going to see why this perspective is misguided. By exploring certain conceptions of freedom and opportunity — those that map well onto our intuitions of what makes for a fulfilling and flourishing life —  we’ll see just how oppressed many Americans today are.

Over a hundred million Americans live pinned under a star-spangled boot, unable to fulfill the precept of Life, Liberty and the Pursuit of Happiness laid down by its beloved forefathers.

A popular conception of freedom splits it into two camps: freedom can either be positive or negative. Negative liberty is the absence of impediments to action. When Libertarians  speak of freedom, this is often what they’re referring to. They see themselves as more free when the government interferes with their lives as little as possible. The positive side to freedom is a question of the variety of opportunities one has in their lives and their capacity to take action in pursuing them. The focus of this side of the duality is people having the ability to live a life of their own choosing.

While this dichotomous notion of freedom has been bandied about by philosophers for centuries, it’s an idea that is poorly conceived.

The philosopher Martha Nussbaum succinctly expresses why in her book Creating Capabilities:

The very idea of negative  liberty…is an incoherent idea. All liberties are positive. Meaning, liberties to do or to be something — all require the inhibition of interference by others.

Her point is some freedoms are mutually exclusive. We cannot have certain freedoms so long as others possess freedoms in opposition to them.  For instance, we cannot give one the freedom to oppress and enslave others without denying others their freedom to live a life without chains. This means that all freedoms are in fact, positive. Freedom isn’t binary. The freedom we have in the world exists in degrees; it’s quasi-quantifiable.

One role of society, and by extension, our governments, is to distinguish which freedoms we want people to have from the ones we wish to restrict, and then enshrine them in law. We choose to deny people and institutions certain freedoms so that we can all, as individuals and society, enjoy greater amounts of freedom.

We have building regulations so people are free to live without fear of their house burning to the ground. We are restricted to drive on only one side of the road so that people can move freely, enabling critical goods like food and medicine to be moved around without impediment. We enforce private property laws so that people can make productive use of what they own without fear of it being taken from them.

The current COVID-19 crisis is the most pertinent example of how constraints can promote liberty. If we wish to live in a world where we are free to roam without fear of ourselves and loved ones getting deathly ill, we must temporarily severely constrain people’s freedom of movement to contain and quell the virus.

This idea that, in order to attain or secure desirable liberties for all, certain liberties need to be restricted for everyone, is one that partially lies at the heart of a highly influential moral and economic framework, one that corresponds to our intuitions of what makes for a dignified and fulfilling life. The Capability Approach.

A Modern Conception of Freedom — The Capability Approach

The Capability Approach provides an alternative way of conceptualising and evaluating differences in well-being, equality, justice, and development.

Central to the idea is the claim that the freedom for one to choose and achieve a state of well-being is of prime moral importance and that this is dependent upon what are people free to be and do in the world (their capabilities).

Freedoms conceptualised through this lens are valuable opportunities that people can take advantage of.

Not all freedoms are equal. Some are fundamentally necessary to living a dignified life and unlock far more of the world than others.

Some of these ‘central human capabilities’, as they have been conceived by philosopher Martha Nussbaum (quoted above) include:

The central capabilities can be seen to be analogous to human rights. Without securing these fundamental basic needs, people cannot go on to attain other freedoms. One important thing to note is that it is not necessary for people to secure these capabilities, rather that we have the freedom to do so. The choice remains with the individual.

One particularly good example of how certain the world of opportunity opens up once a certain capability is secured is literacy. Once one gains the ability to read, abstract symbols become suffused with meaning, enabling people to read recipes and signs, navigate the internet, teach themselves new things from books, and even write them! Their world changes forever. This new ability to extract and communicate information, once secured, opens up the landscape of possible lives like a library of thrilling books beyond imagining.

Through the lens of the capability approach — what one is free to do and be in the world — the majority of Americans live lives that are far less free compared to the rest of the ‘developed’ world. According to the Human Development Index, a measure based on the capability approach and one that is used to help guide international development, America ranks 15th in the world.

Here are some statistics that shed light on the predicaments millions of Americans face today:

Most Americans aren’t free to live a life they aspire to lead. The options they have are limited to spending most of their time working jobs that barely pay them enough to survive, let alone thrive and pursue the mythical American dream. The majority of Americans live in an economic nightmare, one that they can’t wake up from.

How can a country with so many people living in such conditions be considered The Land of the Free?

Over a hundred million Americans live pinned under a star-spangled boot, unable to fulfill the celebrated precept of Life, Liberty and the Pursuit of Happiness laid down by its beloved forefathers.

American’s need to wake up to the freedom-farce they are living in. They need to recognise the struggles so many of their fellow citizens face —  many of whom are effectively economic slaves — and see how it is completely at odds with the foundations upon which their great country is built upon.

There is hope. Many Americans today recognise the injustice and suffering of their fellow citizens and are campaigning to fix it. The vivacious support that gathered around and spurred on democratic candidates like Bernie Sanders and Andrew Yang showed that the American dream lives in the hearts of many of its people. Yang in particular put forth a proposal for a universal basic income — an unconditional payment for all adult citizens sufficient to cover basic needs. This was appropriately named the Freedom Dividend, as it would free millions of Americans from the economic shackles of wage slavery and provide them with a greater ability to choose how they wish to live their lives.

There is no country like America. The entrepreneurial spirit and innovative capacity of the United States are unlike any other. There’s no country in the world that provides the opportunity to work hard and create things that change and inspire the rest of the world.

While this opportunity to achieve greatness is only available to a tiny fraction of people there, it’s still possible.

The culture America has exported has left its mark on many of our hearts. The tenets of freedom America promotes are things that many of us in the rest of the world hold to be as foundational to our societies. Many of us living outside of America are saddened to see a country that was once so great —  whose light of liberty bathed the world in a glow of hope and progress —  to allow its citizens so suffer so much.

Our time is characterised by planetary-scale problems our species has never faced before. We require new solutions to meet these challenges head on. America’s track record for ingenuity and invention is unparalleled and is responsible for much of what we take for granted. It will, without a doubt, be instrumental in tackling the grand challenges before us.

What would be a truly American thing to do is to provide support for its citizens so that they don’t have to struggle to survive and unleash the latent entrepreneurial potential currently shackled by wage slavery. In this time of great uncertainty, as renowned American entrepreneur and investor Marc Andreessen says, it’s time to build. We need to build a new world so that we can all survive and thrive, and we need to free the people to do so. 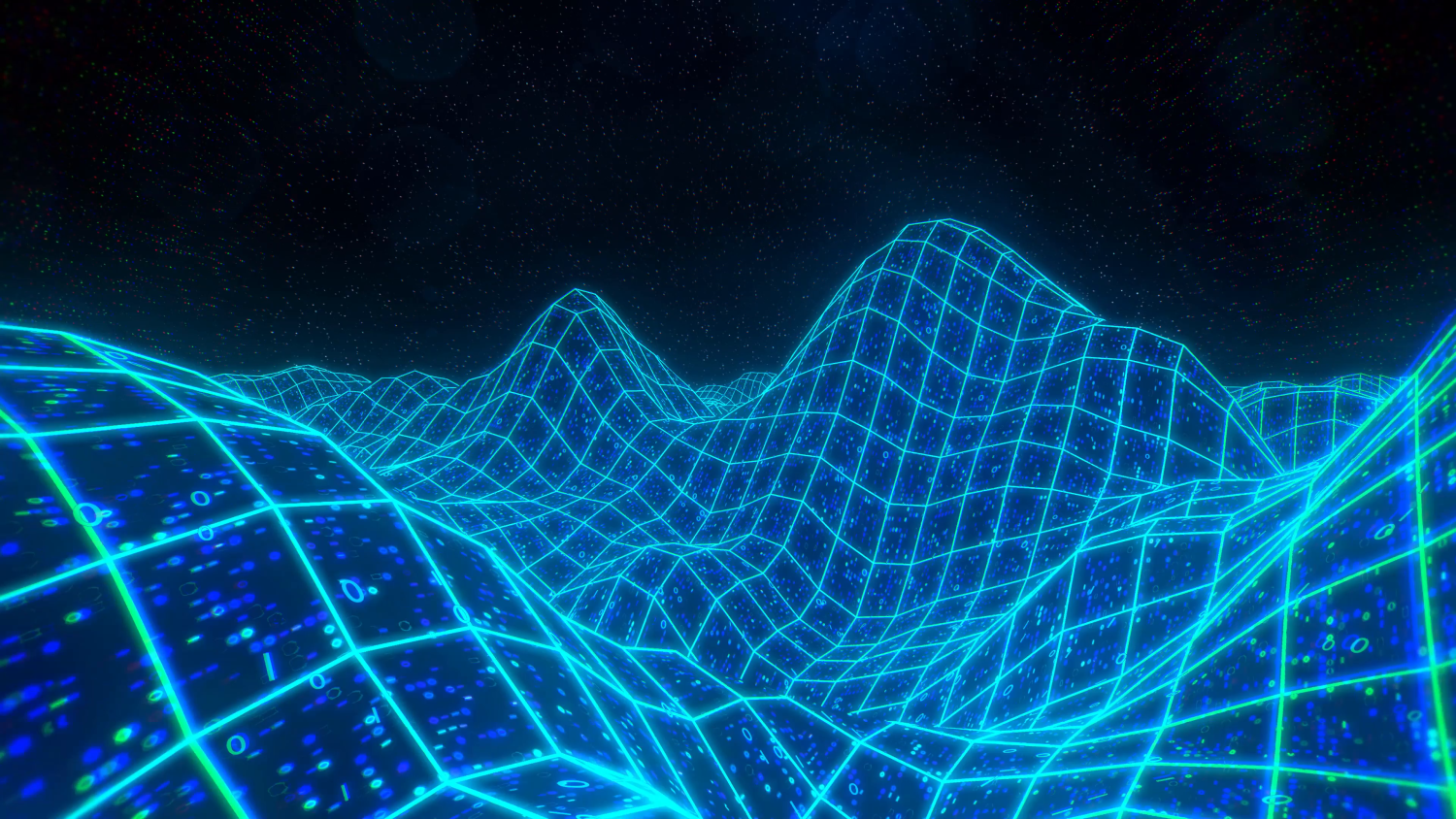